How to Make a Will Without a Lawyer, Part II 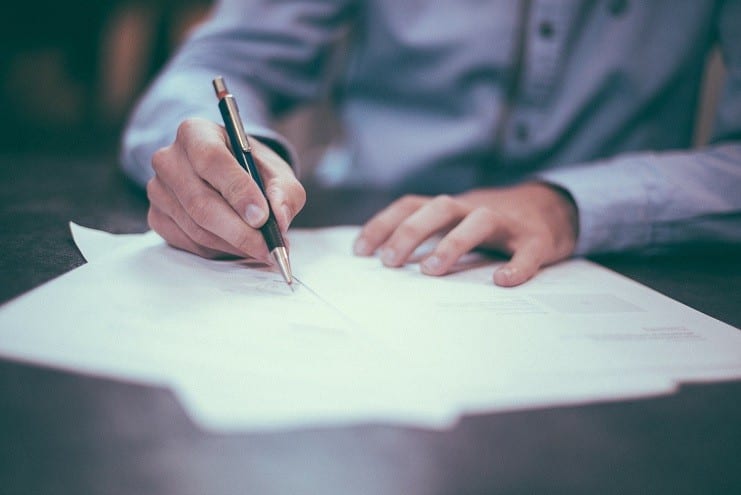 In last week’s Retirement Watch Weekly, I presented Part 1 of How To Make a Will Without a Lawyer. Here’s Part 2:

Name Guardians for Your Children

When a testator has minor children, the will should designate one or more individuals who will serve as guardians for the children if both parents are deceased.

It is also recommended to select alternate guardian choices, in case the first choice is unable to assume the responsibility.

If the will does not name guardians, the probate court or another government agency will choose the guardians.

Appoint one or More Executors

The testator can name anyone as executor.

The only requirements are that he or she is an adult and a U.S. citizen or permanent resident.

Careful thought should be given to the choice of executor. The executor must be willing to take on the role and capable of doing the job.

Often a trusted family member or friend is appointed, though some people appoint a professional, such as the family estate planning attorney or accountant.

Some people appoint more than one executor. This is especially wise when the estate is valuable or complicated.

Multiple executors also can ensure the work is done as promptly as possible and is done fairly.

The will should state whether the executor will be compensated from the estate.

Include Additional Instructions in a Letter

Many people include a letter of instructions to the executor.

A will should state that it is the most current and updated version.

The letter isn’t part of the will and has no formal legal authority.

Some letters give detailed information about assets, where they are located, and suggestions on how they should be managed.

The letter also might explain certain terms of the will in more detail. The idea is to make the executor’s job easier and answer any questions people might have about the estate or will.

Some letters are more personal and sentimental.

They include wishes for family and friends, personal philosophy, and words of wisdom.

Make sure to finish the will by signing it in front of the number of witnesses required by your state.

A will isn’t valid until it is executed, which has to be signed by the executor in front of witnesses.

Some states even have requirements that only instructions appearing before the signature are valid. Anything following the signature isn’t valid.

As mentioned, the minimum number of witnesses varies from state to state but usually is two.

The witnesses don’t read the will and aren’t saying that they know or understand the contents.

The witnesses are attesting that they saw the testator sign the document and that he or she appeared to know what he was doing and not be under duress or coercion.

The witnesses must be adults and be disinterested, meaning that they are not beneficiaries under the will.

Most states do not require the signature to a will to be notarized.

However, it might be a good idea to have the signatures notarized to ensure it is valid in all states.

Be sure to store the original copy of the will where it is reasonably safe from being damaged by fire or natural disasters and from being stolen.

A waterproof and fireproof safe is ideal. Many states require that the original signed copy be submitted for probate. Copies aren’t valid under most circumstances.

Be sure the key individuals know where the original and any copies are stored and how they can get access to them.

A will isn’t much good if you stash it in a file or drawer and no one knows about it.

Additional copies of a will might be useful, though they should be stored separately from the original.

Don’t circulate copies of your will. If you revise the will later, there will be multiple versions of your will in existence.

That could cause a dispute as to which is the valid one.

A will should be updated after any major life changes of the testator, the family, and beneficiaries, such as marriages, divorces, births, and deaths.

Significant changes in the assets owned by the testator or the value of the assets also should prompt a review of the will.

Some people change some of the objects of their affection, and that necessitates a revision of the will.

Of course, changes in the tax law and other laws might make a revision advisable.

Even if you can’t identify any of these events as having occurred, it’s a good practice to review the will every few years and update it for any necessary changes.

P.S. My new research shares what you can do to protect your retirement from possible cuts to Social Security… new taxes on IRA and 401(k) distributions… and even more radical proposals. Click here now to learn more.

May 2021:
Congress Comes for your Retirement Money
A devastating new law has just been enacted, with serious consequences for anyone holding an IRA, pension, or 401(k). Fortunately, there are still steps you can take to sidestep Congress, starting with this ONE SIMPLE MOVE.

Quick Links
Articles Trending Now
May 2021:
Congress Comes for your Retirement Money
A devastating new law has just been enacted, with serious consequences for anyone holding an IRA, pension, or 401(k). Fortunately, there are still steps you can take to sidestep Congress, starting with this ONE SIMPLE MOVE.
CLICK HERE FOR THE BREAKING STORY
X