Do stocks with consistently increasing dividends earn higher long-term returns than other stocks. That’s the accepted wisdom. Take a look at this article from Meb Faber. He argues that the dividend growth dominance is based on a chart issued by a market research firm that used an unconventional method of computing the returns. Once a […]

For the last few years a number of analysts urged income-seeking investors to buy high-yielding stocks instead of different types of bonds. I haven’t done that, because there’s a risk-return trade off that’s ignored in this advice. The trade off became obvious last Friday when JPMorgan announced a large hedging loss and its stock declined […]

Closed-end funds are one place investors are looking to earn higher income. They’re also paying up for this yield and taking on much higher levels of risk, risks they might not realize. Bloomberg recently surveyed the market and found investors are paying hefty premiums for yield. Six of the 10 closed-end funds with the highest […]

The Federal Reserve’s been punishing savers in favor of the big banks and others by keeping short-term interest rates dirt low since 2008. Investors in safe investments (such as short-term treasury bills, money market funds, and certificates of deposit) are earning less than 1% annually. After taxes and inflation, the real return is negative. Some […] 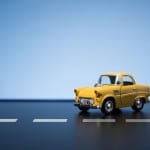 We’re returning to the 1950s – and even earlier. Decades ago, retired people who wanted a reliable source of high income didn’t buy certificates of deposit, money market funds, or bonds. They purchased stocks. Dividend yields on stocks were higher than interest rates on quality bonds. Now that we’ve returned to a world of low […] 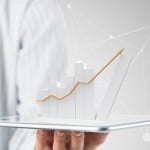 How to Increase Dividend Yields

Scared of the stock market but unhappy with the yields from safe bonds? Many investors feel that way about at least a portion of their portfolios. There is an alternative, and it actually is quite exciting for those who venture into it. It carries much lower risk than the stock market, but substantially higher yields […] 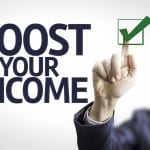 Income investors have had a rough time. Even after the recent run-up in interest rates, yields still are far below what they were a few years ago. Income investors whose investments have matured have had to reinvest to receive lower income. It is understandable that long time income investors don’t want to take the risk […]