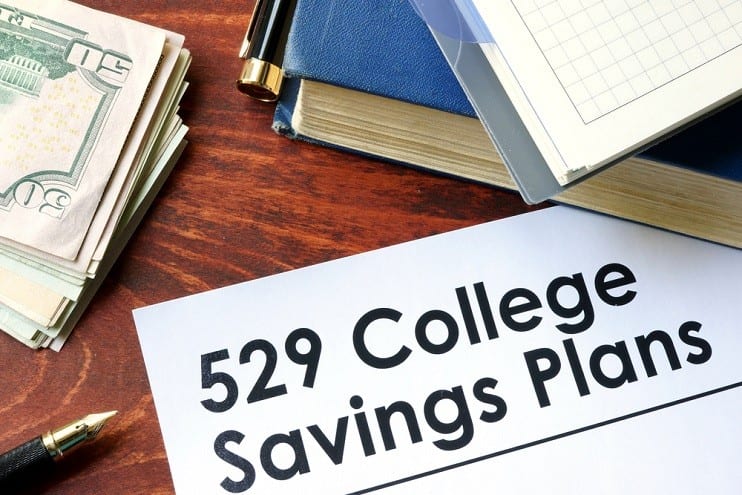 States are making big changes in their 529 college savings plans, which could affect your Estate Planning. These are the tax-advantaged plans that help people save for the education expenses of their children or grandchildren, or anyone else for that matter.

Numerous forces caused the changes. It has been pointed out, in this newsletter especially, that after the 2003 tax law regular taxable investment accounts can be more attractive than 529 plans. Also, the shortcomings of 529s have been pointed out, such as high fees, inflexibility, and limited investment choices. The Securities and Exchange Commission started looking at the plans to see if fees and other aspects of the plans are properly disclosed. The mutual fund scandals also disturbed some investors, especially those looking at plans with funds managed by companies that were caught in the scandals.

Section 529 plans stepped up with a series of changes over the last year. Before looking into the changes, let’s briefly review 529 plans. (Details of the plans are in the Grandkids’ Watch section of the Archive on the members’ web site at www.RetirementWatch.com.)

A 529 plan lets a family save for tuition and other college costs. The owner can open and fund an account for any other person. The earnings of the account are tax deferred. Distributions to pay for qualified education expenses are tax free right now, though that provision might expire in a few years. Deposits to the account qualify for the annual gift tax exclusion, currently at $11,000. In addition, up to the next five years of annual gift tax exclusions can be bunched into one year, allowing a one-year gift-tax free deposit of up to $55,000 per beneficiary. Many states allow deductions against their income taxes for contributions made to their plans by their residents.

The account is excluded from the owner’s estate. Yet, the account owner can change the beneficiary at any time. The owner also can get the account balance back at any time. A number of state plans allow an owner to choose the investments, within limits.

Each state sets up its own plan or plans, and the details among the states differ. Most states now have multiple plans with different investment options and fees. The standard now is for a state to have one or more direct-sold plans that are available through the state agency. A state also usually offers one or more broker-sold plans available through one or more financial services firms. The state does not administer or sell the broker-sold plans. But it endorses the plans and contracts with the financial institutions, and that makes the plans eligible for benefits such as state income tax deductions for contributions.

One major change is better disclosure. Section 529 plans are not subject to the same disclosure rules as mutual funds and other financial services firms. Many critics complained that it was difficult to find the true cost of investing in many of the plans. There were different types of fees and expenses, and they were revealed in different sections of the literature often in unclear language. The SEC and the NASD also criticized the plans, especially those sold by brokers.

A coalition of the states that sponsor 529 plans developed a set of voluntary disclosure guidelines with an eye toward avoiding new regulations. The guidelines are supposed to make it easier to determine a 529 plan’s rules and to compute the cost of investing in the plan.

Reduced fees also are a new benefit. A number of plans began reducing fees after independent parties disparaged the plans. A survey by Morningstar, for example, found that the average fees came to about 2% of assets annually, compared with 1.12% for the average equity mutual fund. Some states actually were using their plans to make a profit by charging fees that exceeded their costs or subcontracting to financial services firms and requiring the firms to pay the state a percentage of each dollar invested.

Investment options also are being increased. Just a few years ago, one or two investment options were the norm. Many states required accounts to be invested in age-based portfolios. Now, 18 to 20 mutual funds are more typical, with six to 10 available portfolios. Account owners also are receiving more discretion in how their accounts are invested.

Many states are increasing their direct-sold account options; these are the lower-cost options. The states also are reducing or eliminating high-cost broker-sold options.

All told, these options should reduce costs and increase investment returns. They should increase the ending account values by thousands of dollars for many 529 holders.

If you already own a 529 account, it is time to take a fresh look at what is available. If your state offers a tax deduction only for contributions to its own plan, contribute to that plan up to the maximum deductible amount. The only exception is when the plan is not worth the tax deduction because of its costs or poor investment options.

Then, consider other states’ plans for any additional money you plan to invest for family education. Almost all plans accept investments from residents of other states and allow account money to be spent at colleges in any state.

When considering an estate planning strategy , review the expenses and the investment options. Examine the number of options, their after-fee performance, and the flexibility you have.

Also, look at other terms of the plan. Check minimum and maximum allowable contributions, who can contribute, if distributions are required at some point, and if there are any restrictions on distributions. Also check on the owner’s ability to switch to another plan or withdraw contributions to the plan. Some plans make changes easy, some don’t. Ask about the distribution procedures. Do you write a check, or is there a more complicated procedure for spending the money?

Section 529 plans of all the states can be compared at www.savingforcollege.com.

Before putting new money in a 529 plan, however, consider the other options.

A taxable account has more flexibility. It always can be given to a student or parent. If the child decides not to attend college, the money can be used for another purpose.

A disadvantage is that the taxable account will be in the owner’s estate, unlike the 529 plan. But an education fund often isn’t a big portion of an estate. It also can be moved out of the estate by putting it in a trust or giving it to an adult relative.

Other options are Coverdell savings accounts, trusts, and Uniform Gift to Minors Act accounts. These options are compared in my book, The New Rules of Retirement, and in the Archive section of the members’ web site.