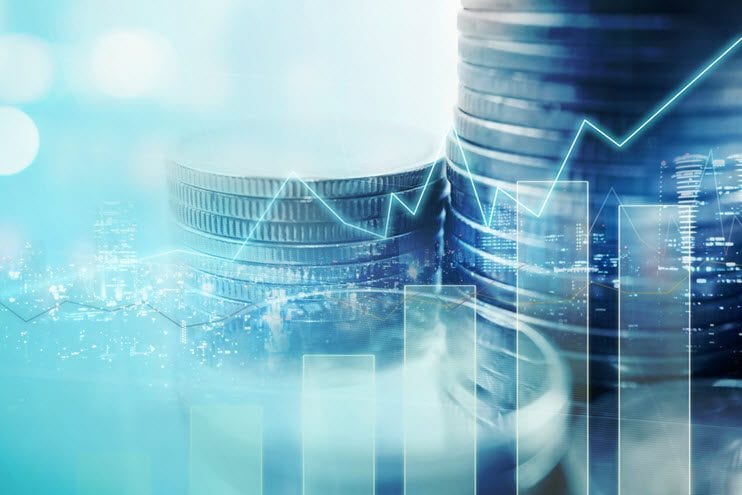 The big financial services companies are heatedly competing for the assets of retiring Baby Boomers. In decades past these companies competed for the easy business of servicing those who need to accumulate capital for retirement. The firms emphasized convenience, cost, and growth potential.

Things are more complicated as the Boomers begin to enter the draw down or cash out period of their lives. They want strategies for withdrawing retirement income so that it lasts the rest of their lives. Insurers have been responding by pushing traditional annuities and modifying them in some ways. We have covered these changes in detail in recent visits.

Mutual funds and brokers are starting to respond. Fidelity, Vanguard, and Charles Schwab all have rolled out or soon will roll out new vehicles targeted at the Boomer retiree market.

Boomers have not flocked to annuities for retirement income. Boomer retirees want to know how much income they safely can spend each year without depleting their assets. They also want to avoid complicated investments with high fees. They do not want access to their capital limited, especially in case of emer-gencies, and they do not want to forfeit the opportunity to pass assets to their heirs. Boomer retirees also do not want to put much of their principal at risk, yet many of them want the potential to participate in bull markets.

The first to roll out new products is Fidelity Investments with 11 mutual funds called Income Replacement Funds. They consist of holdings in other Fidelity mutual funds. (Fidelity also has rolled out a new deferred variable annuity.)

The Income Replacement Funds are sort of the inverse or mirror image of the target date or lifecycle funds that have become popular retirement saving vehicles. The goal of the new funds is to convert savings into steady retirement income that will last a given period.

Fidelity tries to help the retiree determine how much he or she safely can withdraw each year based on his or her age, goals, and risk tolerance. Each fund has a target liquidation date. They start at 2016 and run every two years through 2036. Each fund has a different asset allocation with a different emphasis on the goals of asset growth, income, and preservation of principal.

Fidelity then calculates a payment rate the shareholder is to receive the first year, and monthly payments are made. Each year the payment is recalculated based on how the overall fund has performed. If the fund loses value, the income for the next year probably will decline. If the fund has a higher return than anticipated, the payment for the next year will increase.

The annual payments are calculated to liquidate the principal and earnings of the fund by the end date. That means if you pick the wrong target date and spend all the income as it is received, you probably will run out of money. The fees vary based on the duration of the fund. If the shareholder passes away before the target date, heirs can inherit the shares.

The new Fidelity annuity is similar to others now issued by insurers. The annuity makes an annual payout equal to 5% of the amount invested in the annuity. The payout is guaranteed to last for life and never to decline. The payout can be increased with good investment performance, but no increases are allowed after age 85. Extra amounts can be taken for emergencies, but those withdrawals reduce future payouts. Any surplus in the annuity can be inherited by heirs.

Vanguard’s version of retirement income funds soon will be available to shareholders. It will be offering three mutual funds called Managed Payout Funds.

Like the Fidelity funds, these funds will invest primarily in other Vanguard funds. There will be some unique features. The asset allocation in the Vanguard funds will try to match assets that have low or negative correlations with each other. In addition, the Managed Payout Funds will include strategies that are not available in other Vanguard funds, such as commodity-linked assets, market neutral strategies, and absolute return strategies. The goal is for the funds to earn positive returns in most market environments. The concept is similar to our portfolio of “hedge fund” mutual funds.

A committee of senior Vanguard investment professionals will determine the strategic allocation of each fund, and Vanguard’s quantitative group will handle daily management.

The fund’s are slated to have annual payouts of 3%, 5% and 7% of the asset value the first year. As with the Fidelity funds, there is no guarantee of positive returns or that the payouts can be maintained for a specific period.

Charles Schwab & Co. also will be offering a competing product named the Schwab Premier Income Fund. Its goal is to pay a somewhat steady income to shareholders. It will invest in a range of assets, including some not generally available to individual investors. The fund plans to invest in derivatives, including credit default swaps. These contracts enable an investor to purchase an income-producing asset such as a bond while shifting some of the risk of the investment to someone else.

The offerings from all three groups allow shareholders to sell their holdings at any time.

All these funds seek to be substitutes for annuities, including annuities already offered by these firms. The advantages they have over traditional annuities is that the income and asset value can grow, and excess amounts can be left to heirs. The owners can change their minds at any time and sell the shares. The funds also probably carry lower expenses and will make higher initial payouts than annuities.

Their disadvantages compared to annuities are that they do not guarantee income will last for a lifetime or that it will not decline.

As with the target date or lifecyle funds, these funds are for investors who want someone else to make the decisions for them.

The funds all seem to follow our belief that distributions from a retirement portfolio should fluctuate with the amount of capital. We have discussed at length in past visits different strategies for determining the annual payout, and these are available in the Archive on the web site. The Vanguard and Schwab funds also follow our belief that retirees should not be restricted to traditional “long only” investments, because principal can decline too much in a serious bear market.

Before investing with any of these funds, retirees should consider why the funds would achieve their goals better than our recommended diversified portfolios combined with a sensible withdrawal formula. While the fund companies spend a lot of time back-testing their asset allocations to find allocations that are likely to meet investors’ goals, there is no guarantee that the future will replicate the past.

A retiree should try to have multiple sources of income. Ideally there is guaranteed income to cover basic expenses, coming from Social Security and perhaps a pension or immediate annuity. Other assets can be invested in a range of assets that together should meet the retiree’s goals, and perhaps one or more of these funds will fit into that picture, but they won’t be the last word.

Expect more innovations from these companies and from insurers as they seek to give Baby Boomers reliable income at low cost and with the potential for growth and access to additional principal for special needs.