The Retirement Watch Outlook for Inflation & the Markets 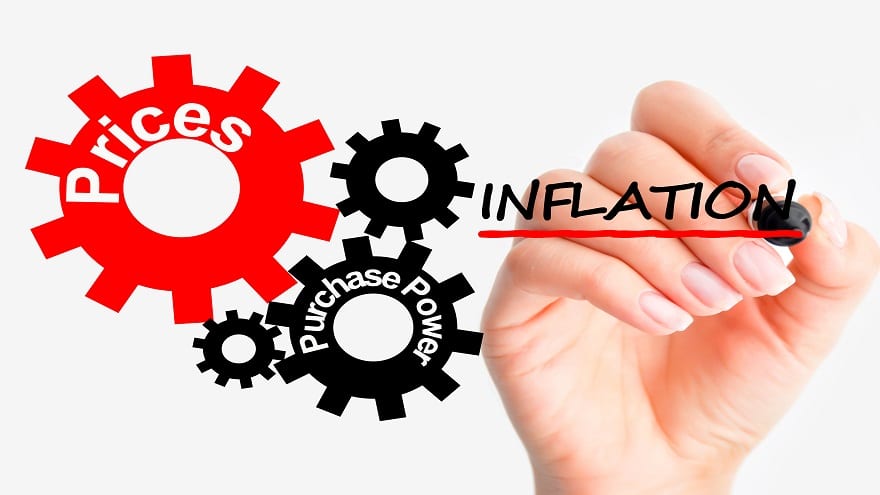 Inflation is likely to rise quickly in the next few months, and that could put the Federal Reserve in a difficult situation much earlier than it anticipated.

A number of inflation pressures are increasing.

One example is rising demand for many goods and services as more vaccines are administered and economic activity increases. That puts strain on a lot of supply chains.

Many business surveys reveal that firms are having trouble hiring enough qualified people to meet demand and obtaining all the materials they need.

Local business owners have told me the worker shortage is real.

Supply problems are particularly bad in housing and auto manufacturing, but they are widespread throughout the economy.

These forces are pressuring prices higher on most goods and services.

We see early signs of inflation in the sharp rise in commodity prices and in the increase in the breakeven inflation rate in the bond markets.

Also, factors that restrained inflation since 1982, such as globalization and just-in-time inventory methods, are fading.

The only disinflationary force still strongly in place is automation and technology.

The spike in energy and gas prices the last few months will find its way into the Consumer Price Index (CPI) very quickly.

Without offsetting price declines in other sectors, rising energy prices could push the CPI to a 4% annualized rate during some months this summer.

The monthly CPI will decline after that spike, but it is likely to strike some fear in the markets and test the resolve of the Fed.

The overall U.S. economy and corporate profits are almost back to their pre-pandemic levels, but there’s a lot of weakness and uncertainty in this very uneven economy.

Unemployment still is far above its pre-pandemic levels, and many people dropped out of the labor force.

Travel and leisure sectors are bouncing back from recession lows, but still are a long way from their levels at the end of 2019.

We might see a retreat in sectors that did well during the pandemic as more households and businesses return to pre-pandemic activities.

The Fed is committed to supporting the markets, but there are unique risks to stocks today.

Retail investing increased significantly during the pandemic, and a lot of those investors use leverage instead of simply buying stocks for cash. Leverage always heightens market risk.

In addition, there’s the risk that many of these new retail investors will reduce their portfolio activities.

They might have less interest in investing as other activities re-open or they find consistent investment success can be hard work.

Continued weakness in other economies around the world also restrains U.S. growth.

Even if the CPI increases as I expect in the coming months, the Fed isn’t likely to take actions to restrain inflation.

Its priority is to maintain growth until sustained inflation is too high to ignore. The markets are going to push interest rates higher before the Fed does.

The Fed might react by buying more longer-term bonds to prevent those interest rates from rising too far above the short-term rates the Fed typically controls.

The second half of 2021 could be an interesting one.

Inflation and growth are likely to be stronger than are priced into the markets, and the Fed could be under pressure to change its policy.

Editor’s Note: If you thought your retirement was safe… think again. The Biden/Harris administration is gunning for your IRA, 401(k), and your Social Security. With control of all three branches of government, there may be no stopping them. Fortunately, there’s still a way to collect a $125,000 lifetime income stream, and preserve your hard-earned retirement nest egg. Click here to learn more – and how to protect yourself.