The New Tax Law & Your Grandchildren 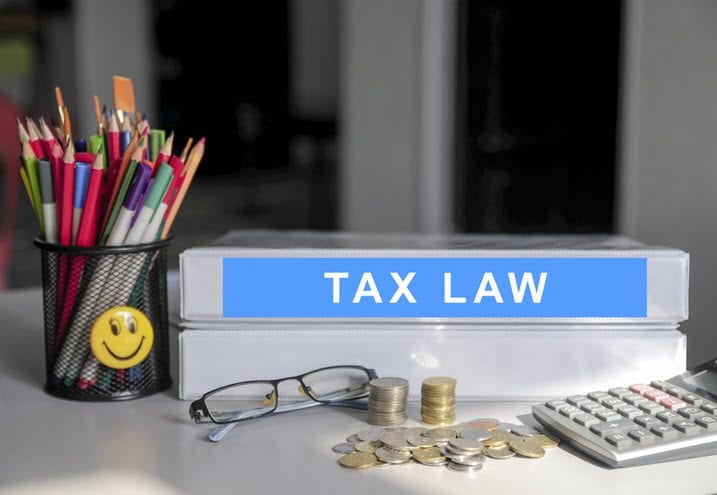 Congress snuck a provision into the recent tax law that could change how many people help fund education and other expenses for their children and grandchildren.

For a couple of decades the tax law has contained the kiddie tax, designed to limit the tax reduction that is available when parents and grandparents shift investment income to children and grandchildren who are in lower tax brackets.

The Kiddie Tax allows the first $750 (indexed for inflation) of unearned income of children under age 14 to be tax free. The next $750 (indexed for inflation) is taxed at the child’s tax rate. Because of inflation, those numbers were set for $850 for 2006. These results are available only if a separate return is filed for the youngster. Parents also can elect to include the child’s unearned income on their own income tax returns, saving the cost of preparing a separate tax return.

Unearned income is investment income such as interest, dividends, and capital gains. Income a youngster earns working is not affected by the Kiddie Tax.

The only change in the Kiddie Tax made by the 2006 tax law is that the provision now applies to any child under age 18. This should cause many grandparents and parents to reconsider how they save for college expenses. The change is effective for taxable years after Dec. 31, 2005, which means it is retroactively effective for 2006 transactions and income.

The traditional way to help a youngster financially is to set up a custodial account, which is offered by almost every financial services company, also known as an UGMA or UTMA. These accounts are controlled by the parent or other guardian until the child turns 18 in most states and 21 in some others. The income is taxed to the child, subject to the Kiddie Tax. Contributions to the accounts qualify for the annual gift tax exclusion, currently $12,000.

Under the old Kiddie Tax, money could be put in a custodial account when the child was very young and invested for long-term growth. After the child turned 14, the growth investments gradually could be sold and the proceeds invested more conservatively to ensure they were available to pay for college. The tax cost of changing the portfolio would be low, because the capital gains would be taxed entirely at the child’s tax rate.

That cannot be done under the new law. The low-tax sales cannot be made until the child turns 18. You have to take the risk that there won’t be a bear market between ages 14 and 18 that reduces the value of the account just when you need the money for tuition and other education expenses. The custodial account still might be useful for relatively small amounts of up to $10,000, because the first $1,700 of investment income and gains is sheltered. Beyond that, there is no tax advantage. Or the custodial account can be used to save for a long-term expense, such as down payment on a first home, when the money won’t be needed until well after age 18.

I long have cautioned against using custodial accounts for other reasons. The primary reason is that once the child turns 18 in most states, he or she is the sole legal owner of the account. There is no requirement that the child spend the money on college. Instead, the child can use the account to buy a car, travel, or buy a large-screen television.

Fortunately, there are good alternatives to custodial accounts.

Under current tax law, there isn’t much of a benefit to saving in the child’s or grandchild’s name. Parents and grandparents pay only a 15% tax rate on long-term capital gains and dividends. Investing in long-term value stock funds minimizes annual distributions and taxes, maximizing the long-term growth of the investments. By investing in their own names, the adults can use losses from other parts of their portfolios to shelter gains taken to pay for college expenses. There is a relatively small tax advantage to putting the investment accounts in the names of youngsters.

In addition, by investing in their names the parents prevent the youngsters from using the money improperly after age 18 and also shield themselves from additional changes in tax laws. Financial aid is an additional advantage of investing in the adults’ names. The fewer assets in the child’s name, the more financial aid the child is eligible to receive.

Another good option is the 529 savings account. We have covered these in detail in past visits, and they provide significant benefits.

Almost every state sponsors one or more 529 savings plans. Some provide tax deductions against state taxes for investments made in their own plans by residents of their states. All investment earnings are tax deferred as long as they remain in the account. If distributed to pay for qualified education expenses, the distributions still are tax free until at least 2010.

The account balance is not included in the estate of the account’s owner. Yet the owner can get the account balance back if he or she wants, though there might be a penalty of up to 10% imposed by the state. The owner also can change the beneficiary at any time.

Another choice is a Coverdell Education Savings account. A number of financial service companies offer these IRA-like accounts. Anyone can contribute to a Coverdell account for any other person. The contribution limit is $2,000 per year. The limit is scaled down if the contributor is single with adjusted gross income above $95,000 or married filing jointly with AGI above $190,000. There is no tax deduction for funding the account. But income and gains compound tax deferred, and distributions are tax free when spent on qualified education expenses.

Wealthier taxpayers also might want to consult an estate planning attorney to discuss creating a trust for a child or grandchild.

The 2003 tax law, with its lower rates on capital gains and dividends, was the first significant trigger for a re-assessment of how to help a youngster save for college. We first discussed this in our September 2003 visit. The 2006 tax law makes the case for re-assessing strategies even stronger. July 2006.